The world has a way of surprising us with creative minds and talented individuals. There is no doubt that previous generations had amazing music still around to this day, but it is that music that inspires this generation’s hidden talented artist to come out and let the world hear their voices. We use music for escape, we use it to feel good about ourselves, we use it when we are sad, we use it when we party, and we use it when music is apart of your life. Singer/Song Writer Kevin Cicero Atillo who goes by the name “K. Cero” choosing his name out of respect to family wanting to keep apart of his actual name and giving his grandfathers name a spark by taking up a variation of his name “Cero”. He hails from West Covina, CA although Covina has a knack for being known for being the roots for many professional athletes lets not forget Joan Jett moved there when she was 15 making Covina her home.West Covina may  be the current home of a musical sensation to be.

We had the chance to talk with “K.Cero”

My inspirations in life are my Mom and my two best friends.

2. What drives your music?

I really love making music, I find solace and peace being able to express what I think and feel at any given time.

3. What type of equipment do you use?

Every song I’ve put out and or recorded/mixed has been done in my bedroom. I use garage band and my MacBook for everything.

I grew up around R&B, all my parents ever played in the house was R&B music growing up.

We learned a lot about the 24 year old ‘K.Cero” is a normal person who goes to school full time and has a part time job. it doesn’t get any more normal than that. He stated that music is something he loves and he would make time for, no matter the occasion. He has aspirations of collaborating with artist such as Drake, Bryson Tiller, and Brian McKnight who happens to be one of his biggest musical inspirations. 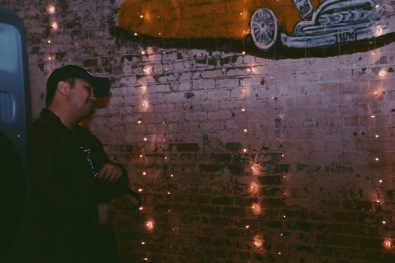 K.Cero being an individual like he is, he is doing the best for his name including getting his music on multiple music streaming platforms such as Souncloud, Spotify, and Apple Music. He has a lot of dedication and will be spoken about in the music industry if he isn’t already in the near future. Making it into the music world is difficult but like photography you cannot fight raw talent and talent is something “K.Cero” has, not only Talent but humbleness. His music career is very promising, speaking with the artist he stated that he thinks his music is “Dope as hell” we believe it is that kind of attitude and amount of critical assessment he has towards his music that will make him stand out in the music industry. Ever since K.Cero started releasing music on streaming sites he has obtained a large amount of fans mainly because his music speaks to people’s emotions and feelings. K.Cero says “It’s a surreal feeing when he gets people from different city’s and different parts of the world tweeting at him saying one of his songs reflected exactly how they were feeling”. As an artist who is just getting his start, over 150,00 plays on the popular music streaming service Soundcloud is an impressive number.

K.Cero is releasing a new project this upcoming month, stay updated on TheUNXPSD.com or on any of K.Cero’s media pages.

Title: It’s not me its you